Tech companies in the UK received more venture capital investment in the first five months of the year than their rivals in France, Germany and China, according to government figures. Joking aside Chris Philp, the British Minister for the Digital Economy, that: President Macron will choke on his croissants this morning.

The UK government has praised Britain’s tech sector as many say the economy is facing a long period of weak growth caused by a cost-of-living crisis that is set to intensify in the coming months. More than 950 UK tech companies have received £ 12.4 billion in private funding, placing the UK second only to the US in seed investment. 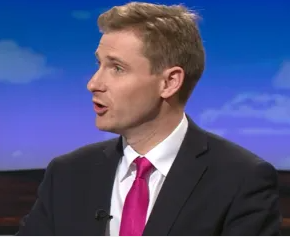 The numbers come as the UK government launches its new digital strategy, which aims to grow the economy and create more high -skilled and well -paid jobs by making the UK a global tech superpower.

At the same time, the Confederation of British Industry (CBI) highlighted the need for economic growth by releasing figures showing that the UK economy contracted by 0.3% in April.

Following this sharp downturn experienced in April, the CBI is calling for vital actions to prevent a recession. The Chancellor said the government is fully committed to economic growth because figures from April show an anomaly in the COVID crisis responsible for the tipping point in production.

Economists expect the Office for National Statistics (ONS) to confirm a slight increase in gross domestic product (GDP) of 0.1% for the month, after a slight decline in March.

Digital strategy in the UK

This will be achieved through a number of complementary activities, including the new UK Data Reform Bill which, as reported by Sky News, was announced in the Queen’s Speech.

In the UK, the Department for Business, Energy and Industrial Strategy will publish the Quantum Strategy later this year, and another semiconductor strategy paper is expected to examine the UK’s position in the world market as a result of the supply shortage.

Another white paper on AI (artificial intelligence) management is also expected later this year, to set a light-touch approach to AI regulation and encourage change.

Some of the government’s ideas about AI could be challenged by new Information Commissioner John Edwards, as he said earlier this year, although businesses widely support measures that will allow them to use the data they process for customers to improve their products.

Minister Philp said the government would encourage UK pension funds to invest in the UK technology sector.
There is a huge opportunity for UK financial institutions, particularly pension funds, to allocate greater capital to pre-IPO technologies, as their North American cousins ​​in America and Canada are already doing.

British pension funds and financial institutions are missing out on an impressive opportunity in return.
And if they allocate even a small potential percentage of their multi-billion pound AUM (assets under management) to UK tech, they can also help generate higher returns for their investors or retirees. – will unleash a wave of change that will truly rival the West coast.

So in the coming weeks and months, I will work with my colleagues in government as well as in the technology and financial services sector to find ways to make this happen, ”added Philp.

In June 2020, the French Government announced the support plan for French Tech technology companies, which have been affected by the coronavirus crisis. This plan provides temporary measures of public support in the form of investments, loans and assistance so that these entrepreneurs and companies can continue to launch, grow and innovate.

The health crisis has resulted in the widespread use of digital by French companies and citizens, both in terms of teleworking, shopping or communication with loved ones. Some legislative and regulatory barriers have been removed as part of the state of health emergency to facilitate digital use, as for telemedicine.

On the web, opinions differ:

Even if we compare the size of the economies to 2016, the year of the referendum, the British economy has accumulated more growth than France in the six years since: + 20.2% for France against + 23.8% for Great Britain.

For Jupotir, another internet user, the paradox for all the xenophobes celebrating Great Britain’s ownership is that the large number of technological companies concerned are owned by foreigners and some are by foreigners. French.

What do you think of the joke of Chris Philp, British Minister for the Digital Economy?

Cdric O has announced a strategy of nearly 1.8 billion euros to support the French Cloud sector, including 667 million euros in public funding

The top five cloud providers made $ 47.5 billion in quarterly revenue, with Microsoft and Amazon generating 65% of that revenue, according to Stock Apps

More than half of businesses plan to add one or more cloud providers by 2021, and turn to alternative providers, according to Accelerated Strategies and Linode