This Sunday, June 12, 2022 is the Xbox and Bethesda Games Showcase. As a result, the brand has unveiled some long -awaited games, and more specifically those to be released in the next twelve months. Although the conference has removed the curtain on some interesting new games, the 2022 calendar ultimately remains too difficult on major titles, and it also lacks one more thing able to knock everyone’s jaw.

An Xbox conference with rhythm and diversity in the games presented

When we see the list of all the games announced and presented at the Xbox and Bethesda conference (read summary), we can say that the brand has clearly emphasized variety. From independent games from a recognized studio to a partnership with Riot Games, Xbox has released a diverse catalog, including many games that will be released directly with Xbox Game Pass.

Without downtime, the conference proceeded at a very fast pace, providing space for more stages of gameplay than oral explanations that are often considered too long. In terms of form, Xbox has fully mastered the timing of the announcements, from the simple trailer to the longest presentation of the major titles, all punctuated with “World premiere”, “Xbox console exclusive” and other “Day one Xbox Game Pass “.

The announcements are numerous, and we can highlight here and there a few games that will specifically mark our attention in the coming months, and which are not all major productions.

No big games from Xbox Studios in 2022 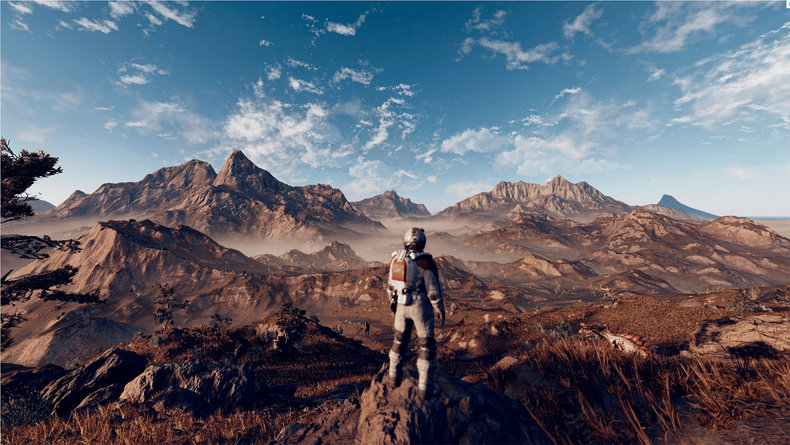 Overall, this conference is therefore pretty solid, and you’re a majority (44%) to find it good if we believe the poll we launched on Twitter.

What did you think here? How would you rate it?

Give your impressions and arguments in your comments ⬇

However, nearly 23% of you have already found the conference “passable,” and when you read the comments, it’s a mix between the lack of big releases in 2022 and the little “big game” presented. who are united.

Xbox’s approach to announcing games like Fable, Avowed, State of Decay 3 or Hellblade 2 too early (too?) Seems to have reached its limits here and gamers seem tired of waiting longer for the arrival of big players. from Xbox studios. The machine has been launched, that’s for sure, but the rhythm of the big regular releases that the Xbox has promised in a few years isn’t there yet, and it’ll likely have to wait until 2023 before it can be seen. In the meantime, Microsoft is signing deals with various publishers and developers to gain Xbox Game Pass exclusivity.

With the (reasonable) postponement of games like Starfield, Redfall and STALKER 2 to next year, Xbox has no choice but to talk the “next 12 months” ahead of a year 2022 being announced. the latter is relatively difficult compared to For example, Sony’s home productions.

After 6 months of no game releases from Xbox studios, the end of 2022 doesn’t look any richer and we’re wondering what the main Xbox games will be during the holiday season. So far, only Pentiment and Scorn are listed, but we’re still a bit far from the big productions we’ve been hoping for.

One thing is certain, this is that if the calendar is respected, the year 2023 promises to be a major for the Xbox. This could be the long-awaited turning point that will trigger a big release from Xbox Studios every quarter, as Xbox Studios Manager Matt Booty has been wanting for a few years now.

With no fixed release date for Starfield, Redfall, or Forza Motorsport, the Xbox’s medium to long term game schedule remains unclear for now. Obviously it’s better not to announce a date than to announce one then postpone it, but clearly the Xbox is slow to find its rhythm at the moment.

A lack of small wow effects 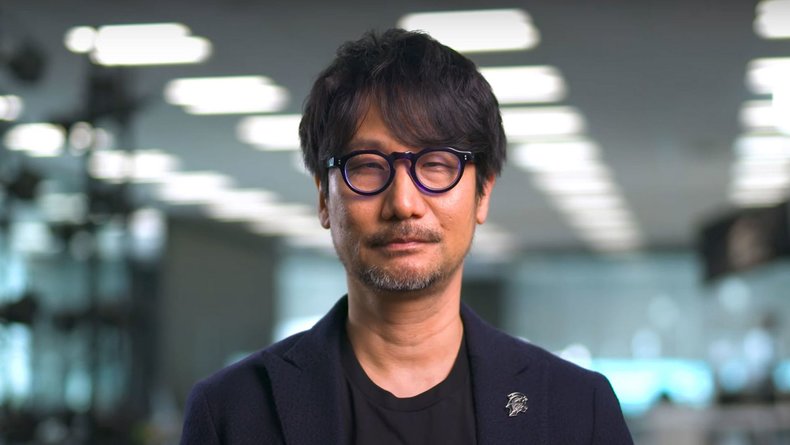 Is the Xbox too smart these days? This is a question we can ask ourselves since the conference ended with 15 minutes of Starfield gameplay, and therefore without any major surprises and with the ability to create a big buzz. The ambition of the game however seems strong enough for the title to mark the start of the year 2023 with its mark if quality is present.

True, the announcement of an Xbox game created by cloud-based Hideo Kojima taught us, but it’s a project we’ve been hearing about for over a year, and we don’t really know its name, or the date of its release. There is no image, and even a single artwork is not shared, which also does not allow to keep an image in the mind of this magical new game.

Ending the Xbox conference with this announcement with a teaser could have other repercussions for the brand. We can guess in any case that it will have to wait a few years before Kojima’s game is released.

In other words, it was a jaw -dropping good and appropriate form that was undoubtedly missing in the conference, this speck of madness that shocked the public, that makes a lasting mark in people’s minds and that informs people. This will be important to buy an Xbox at Christmas. As it stands, this is “just” a good conference, but it won’t be one that will be remembered for many years.

The Xbox Game Pass continues to be an unbeatable deal 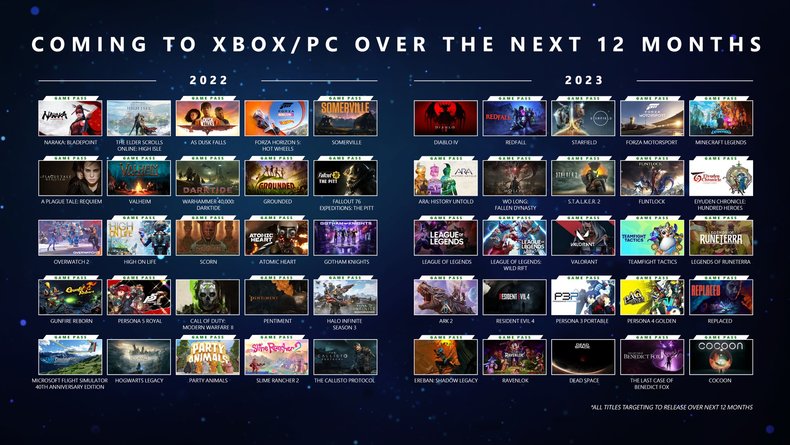 The real star of the conference, and certainly not to be missed, is the Xbox Game Pass again. Of the fifty games and content listed on the 2022 and 2023 calendars on the Xbox, approximately forty will be available on Game Pass Day First!

Microsoft’s home productions are clearly part of it, but the list also includes many third-party games. And really all of these titles will finally put a punctuation mark on the Xbox calendar in the coming months. These include A Plague Tale: Requiem, Atomic Heart, Persona 5, ARK 2, PALIT or COCOON. The list is long and again, there is almost something for everyone.

Today, the brand’s entire strategy revolves around its Game Pass service. Available on console, PC, mobile, and open to TV, it aims to expand the Xbox audience without ever.

The offer is unbeatable, especially with the Xbox Live Gold conversion trick, but it will be more in the coming months. Nor should it be forgotten that Activision Blizzard games will also come into service in the future. When the new Call of Duty on the First Day arrives, needless to say, it could upset the video game world without ever. It remains to be seen whether Microsoft will raise its price or not with the advent of larger games, but also new services such as playable demos in 2023.

If we have to build this Xbox and Bethehsda conference, we can say that Microsoft has instead played the card of silence. With a catalog of games first party relatively weak until the end of the year, the brand bet on communication showing games that will be available both year and next year, and more precisely in the next 12 months. This year, agreements signed with third-party publishers and developers will make the change, and the next major title to be announced on the service is A Plague Tale: Requiem that will reveal its release date at the end of June .