As part of the Artemis program, NASA, in collaboration with the Italian Space Agency (ASI), will test for the first time a new lunar navigation system that uses signals from Earth’s Global Navigation Satellite System (GNSS), but on the Moon . .

Use GPS and Galileo signals

GNSS is a set of components based on a constellation of artificial satellites that makes it possible to give a user, via a portable receiver, his position. The best known of them, the GPS, is operated by the US Space Force. Europe also has its own GNSS, Galileo. NASA and ISA want to take advantage of the capabilities of these two systems for their mission.

Called LuGRE (Lunar GNSS Receiver Experiment), it will try to calculate the earliest location markers on a trip to the Moon, as well as over the moon. LuGRE will receive signals from GPS and Galileo on its journey to the Moon. The receiver will also perform navigation experiments at various altitudes and in orbit around the Moon.

After landing on the Moon aboard the Blue Ghost lander developed by Firefly Aerospace, LuGRE will deploy its antenna and begin 12 days of data collection, with the possibility of extending mission operations. NASA and ASI will process and analyze the data sent to Earth, then share the results with the public, the U.S. space agency said in a statement.

” In this case, we are pushing the boundaries of what GNSS wants to do, i.e., expanding the scope of systems developed to provide services to land, aeronautical and maritime users to also include the growing sector of galaxy. . This will significantly improve the accuracy and stability of what is available during Apollo missions, and will allow for more flexible equipment and operational scenarios. said JJ Miller, deputy director of policy and strategic communications for NASA’s Space Communications and Navigation (SCaN) program.

In fact, LuGRE is part of an ongoing effort to expand the capabilities of high-altitude GNSS, a system that has long relied on space missions for navigation and timekeeping. In recent years, the scope of the system has expanded to include missions at altitudes between approximately 2,896 km and 35,405 km. In 2016, NASA’s Magnetospheric Multiscale Mission used GPS at a record altitude of 70,000 km above the Earth.

The goal at LuGRE is to develop operating lunar GNSS systems for future missions on our satellite. The experiment is also an important step toward developing LunaNet, an architecture that will integrate cooperative networks into seamless lunar communications and navigation services, NASA said. 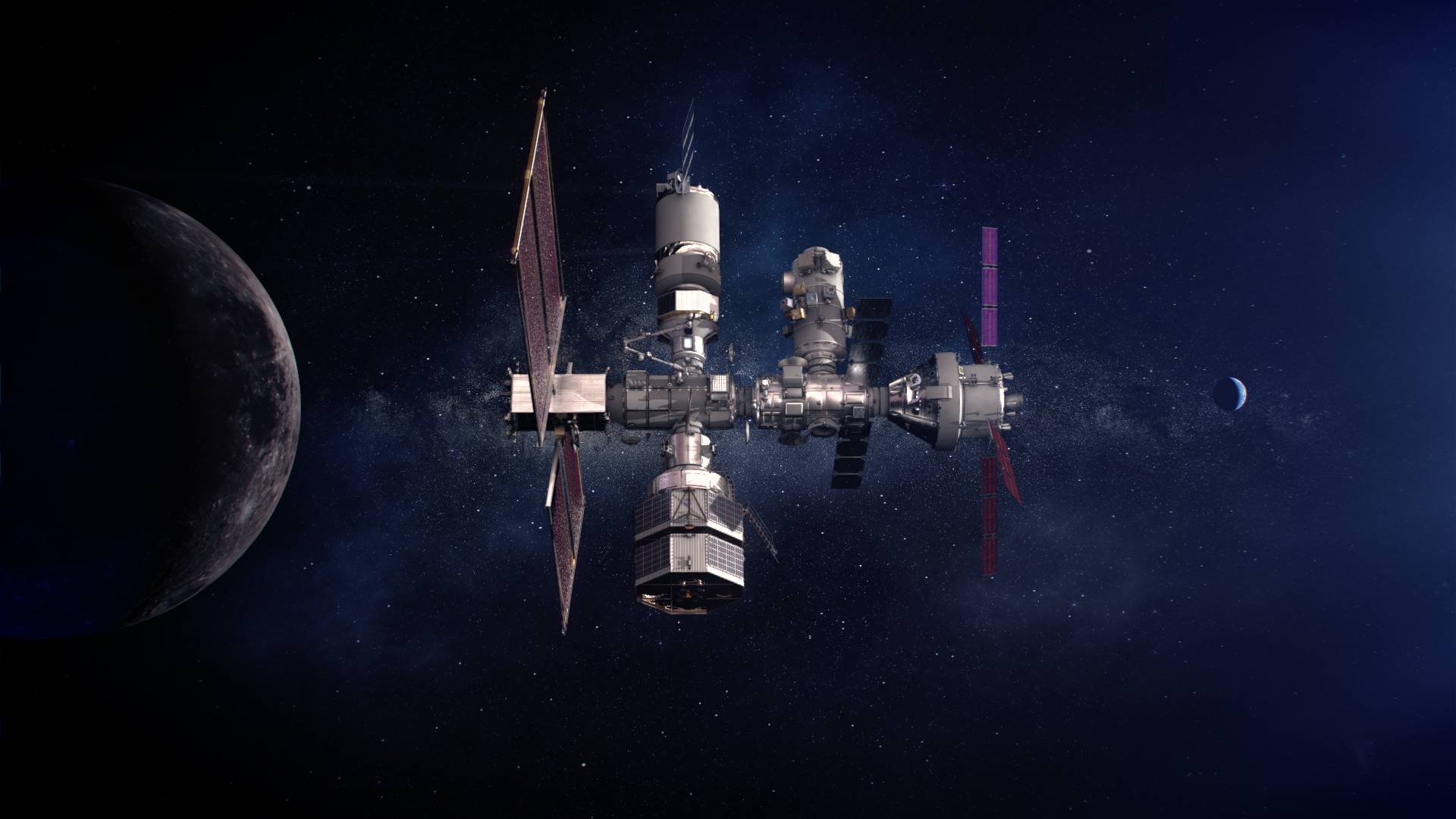 The artist’s impression of the future permanent base of the moon, the Lunar Gateway. It continues to be occupied by astronauts. Photo: NASA Johnson/FlickR

A mission of the Artemis program

LuGRE is part of NASA’s Commercial Lunar Payload Services initiative. The latter consists of bringing scientific instruments, equipment and spacecraft to the surface of the Moon to prepare for future human explorations. The mission of the Volatiles Investigating Polar Exploration Rover (VIPER), whose goal is to study the ice water beneath craters located at the south pole of the Moon thanks to a rover, is also part of it.

All of these different missions are part of NASA’s extensive Artemis program. Its purpose is to return man to the Moon and, this time, build a permanent base there called the Lunar Gateway. Thus, our satellite will allow us to prepare missions in more distant space, as far away as Mars for example. Another important part of Artemis, NASA’s SLS rocket has experienced some difficulties and will not make its first flight until August.

The Blue Ghost craft, which will bring LuGRE to the Moon, will be powered by a SpaceX Falcon 9 launch vehicle. Its takeoff is, in the meantime, planned for 2024 from Cape Canaveral in Florida.