Intel will benefit from € 6.8 billion in EU Chip Law funding when it builds and commissions its mega site in Magdeburg, Germany. Martin Krber, the Bundestag (Social Democratic Party) representative for Magdeburg, announced the decision on Friday, and the amount of funding this year was confirmed in a federal budget statement.

It was in an announcement published on September 7, 2021 on its official website that Intel confirmed its intention to build at least two new semiconductor factories in Europe. CEO Pat Gelsing outlined those plans in a keynote at the Munich Motor Show, saying the company could invest up to $ 80 billion in Europe over the next decade.

Intel decided to partner with major players in the automotive industry and make significant resources in Europe to support this move around the world over the next few years. That month, the company announced plans to establish an engaged foundry capability at its fab in Ireland and launch the Intel Foundry Services Accelerator to help automotive chip designers move to advanced nodes. To accomplish this, Intel has established a new design team and offers custom, off-the-shelf IP to meet the unique needs of automotive customers.

The CEO of Intel explained his ambitions in Europe in a press release released on March 15, 2022: Our planned investments are a major milestone for both Intel and Europe. The EU Chip Act will allow private companies and governments to work together to significantly advance Europe’s position in the semiconductor industry. This extensive initiative will drive R&D innovation in Europe and bring innovative manufacturing to the region for the benefit of our customers and partners around the world. We are committed to playing a key role in shaping Europe’s digital future in the coming decades.

The structure has announced the first phase of its investment project aimed at injecting up to 80 billion euros into the European Union over the next decade along the semiconductor value chain-from research and from development (R&D) to manufacturing and state -of-the- art packing technologies. 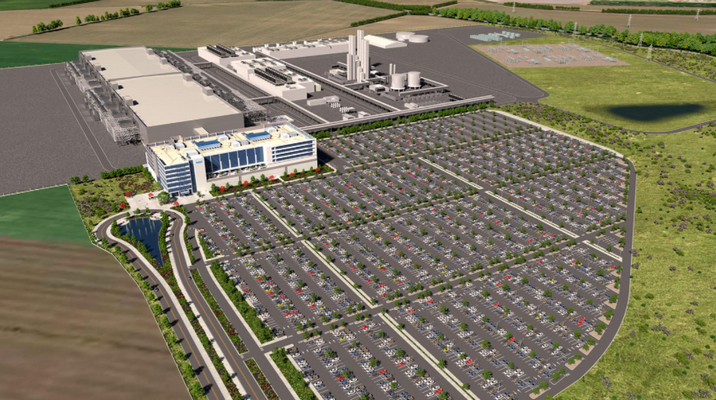 In Germany, Intel will build new sites for the manufacture of advanced semiconductors at a cost of 17 billion euros. This is the largest American investment in the announced plan and probably the largest made in the country. Construction of the new site in German should begin in the first half of 2023. Production could begin in 2027, pending European Commission approval. This huge factory is in Magdeburg. This new foundry will not only make Intel products but should also contribute to the manufacture of chips for Intel Foundry Services customers.

The new fabs are expected to deliver chips using Intel’s most advanced Angstrom-era transistor technology, meeting the needs of Intel’s foundry and customers for Europe and around the world as part of IDM’s strategy. (integrated device manufacturer) 2.0 of the company.

This project should lead to the creation of 7,000 jobs in Germany for the manufacture of the factory and 3,000 permanent jobs at Intel when the factory operates: In the heart of Europe and with the best talents, a very good infrastructure and an existing ecosystem of suppliers and customers, Germany is an ideal location to establish a new hub – a “silicon junction” – for advanced chip making. Intel plans to invest 17 billion euros initially, creating 7,000 construction jobs during construction, 3,000 permanent high-tech jobs at Intel, and thousands of additional jobs with suppliers and partners. Intel plans to define the new site as Silicon Junction, a connectivity technology. This silicon junction will serve as a connection point for other innovation and manufacturing centers across the country and region. 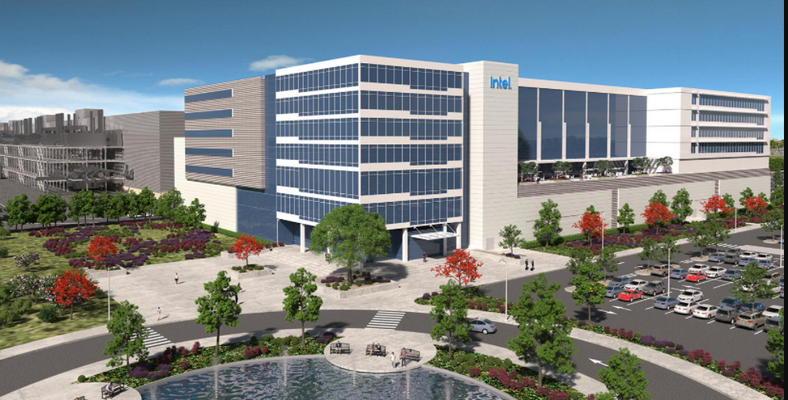 Intel will benefit from a contribution of 6.8 billion euros to Germany from the European Chips Act

Raising a new chip factory from scratch is a complicated, time consuming and expensive process. The Magdeburg site is estimated to begin in the first half of 2023 and be completed in 2027. This site will include two large chip factories. These will be Angstrom -era advanced factories with plans to make nodes like the Intel 20A and beyond, Intel announced in March. Intel -branded processors will be made in these factories, along with partner products through Intel Foundry Services (IFS).

Germany’s federal budget statement shows that € 2.72 billion of funding for Magdeburg’s development has been allocated for this year. This is an important piece that suits a project like this. Intel will receive a total of € 6.8 billion to help build this particularly advanced node installation. EU Chips Act funding is set at 40% of the total value of the fabs, meaning the build will cost 17 billion euros in total.

Intel’s Magdeburg will have a major impact on the local economy of Saxony-Anhalt. It should create 7,000 temporary jobs, along with 3,000 permanent positions. The settlement is a relief for the whole of Saxony-Anhalt, Krber said. In addition, there will be thousands of new jobs with suppliers and partners, as well as a wider range of assistance for the local service industry, retailers, etc., as often happens with coming from a large employer. .

The European Chip Act was adopted in February 2022 with 43 billion euros to encourage investment and development of the technology industry. Germany is one of the biggest winners so far. Intel will also invest heavily in Ireland to the tune of 17 billion euros. The smaller but significant investments of 4.5 billion euros each are for projects in France, Italy, Poland and Spain. The above investment amounts represent 60*% of Intel’s equity and are expected to add 40*% EU funding to the chips of the named countries.

Intel is also continuing to invest in its Leixlip, Ireland expansion project, spending an additional € 12 billion and doubling the manufacturing space to bring Intel 4 processing technology to Europe and expand foundry services. . When completed, this expansion will bring Intel’s total investment in Ireland to more than € 30 billion.

Additionally, Intel and Italy have begun negotiations to set up an innovative back-end manufacturing facility. With a potential investment of up to € 4.5 billion, this plant will create approximately 1,500 Intel jobs, along with an additional 3,500 jobs with suppliers and partners, which are expected to begin operations between 2025 and 2027. Intel and Italy aim to make a plant the first of its kind in the EU with new and innovative technologies. This will add to the foundry innovation and growth opportunities that Intel plans to pursue in Italy based on its planned acquisition of Tower Semiconductor. Tower has a strong partnership with STMicroelectronics, which owns a factory in Agrate Brianza, Italy.

In France, the installation of two research centers on the Saclay plateau should create 1,000 jobs over ten years.

Gdansk, Poland, Intel is increasing its lab space by 50*% dedicated to developing solutions in the areas of deep neural network, audio, graphics, data center and cloud computing. The expansion is expected to end in 2023.

These investments will further strengthen Intel’s long-standing relationship with European research institutes across the continent, including IMEC in Belgium, Technical University of Delft in the Netherlands, CEA-Leti in France and Fraunhofer institutes in Germany. Intel is also forming exciting partnerships in Italy with Leonardo, INFN and CINECA to explore new and advanced solutions in HPC, memory, software programming, security and cloud models.

Source: federal budget declaration (in PDF format and in German)