The data center campus located in Marcoussis, about thirty kilometers south of Paris, is the largest operated by the French company Data4. Small and medium sized companies as well as digital giants are going to store their data right there by the time the cloud is evolving above our heads. How does a data center work? What are the issues of data sovereignty and digital footprint in such an area? The Data4 team opened the doors to its sprawling campus at TOM.travel.

Located less than an hour from Paris, the Marcoussis site looks like a military base. Barbed wires, barriers and identification checks warmly greeted us at the entrance, as farms and forests stretched out on either side of the campus, decorated with massive power pylons. The data, considered “new black gold”, is being put under close monitoring. This data center campus is the largest operated by French company Data4, which has 25 data centers in France, Italy, Spain, Luxembourg and Poland. Data4 is mostly owned by AXA IM (AXA Investment Managers). Fifteen data centers are located on this 110-hectare site where nearly 300 people work. A small town, served by a small train carrying employees as well as visitors. What is missing are the tourist comments.

However, many serious things are going on between the walls of different data centers. Businesses of all types and sizes put their data here, usually connected via the cloud. More and more of them are using cloud providers (Microsoft, Google, Amazon for the most part) to manage their data storage in data centers.

“We have three types of customers. First are the digital giants, whether French or American, who have to find a place to host their data. The second is the integrators who come to host, on behalf of companies that are usually medium in size, the computer servers of their customers.The third are large corporations.We host here half of the CAC40 customers who come to store their own servers in a safe place this, to which only they have access “, explained Olivier de Nomazy, Product and Innovation Manager at DATA4. 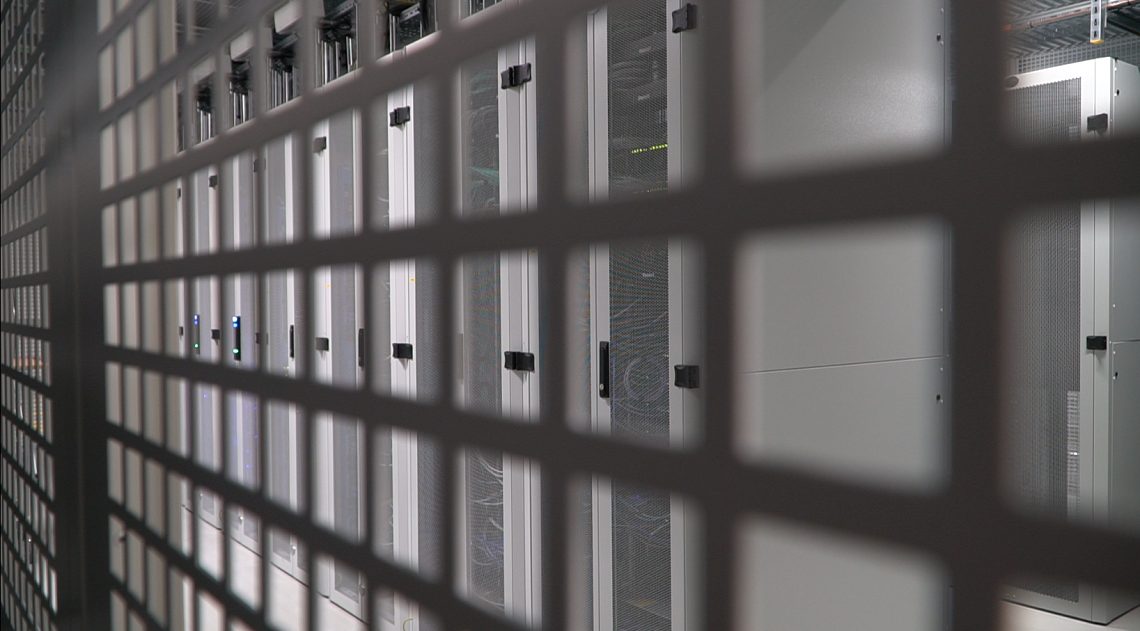 Behind the gates, the @TOM.travel servers

Moving from a clean data center to the cloud allows access to information from anywhere anytime. Very concretely, computer servers (calculation and storage servers) are hosted in the data center. A layer of software will make it possible to virtualize these servers and thus access this data remotely. It allows employees of a company to access data or run an application anywhere in the world. “We are not talking about dematerialization here. The data stays on the computer servers. But in the cloud, they can be easily moved. Previously, companies had their computer equipment in place so they could manage it. This is less the case now “, complete Olivier de Nomazy. The cloud also provides the possibility of adapting computing resources according to connection peaks.

The 4 jobs of a data center

The primary function of a data center is to put IT equipment in the best possible condition. To do this, companies like Data4 have four main missions. The company takes us to the server’s “colocation” rooms, to the maze of hallways, to the rooftop of a data center, and to the machine rooms to introduce them to us.

The first mission is to ensure data security. At the Marcoussis site, some rooms require up to 7 levels of authentication and use biometric technology.

The second mission is to provide the power needed for the operation of the servers. “A computer server consumes a lot of energy. All computer servers running in France represent approximately 1% of the electricity consumption in France,” he said. said Olivier de Nomazy. The campus receives electricity at 90,000 volts, which the company will gradually convert through transformers until it reaches 400 volts. To compensate for any damages, the campus is equipped with generators and batteries that will take just a few seconds. 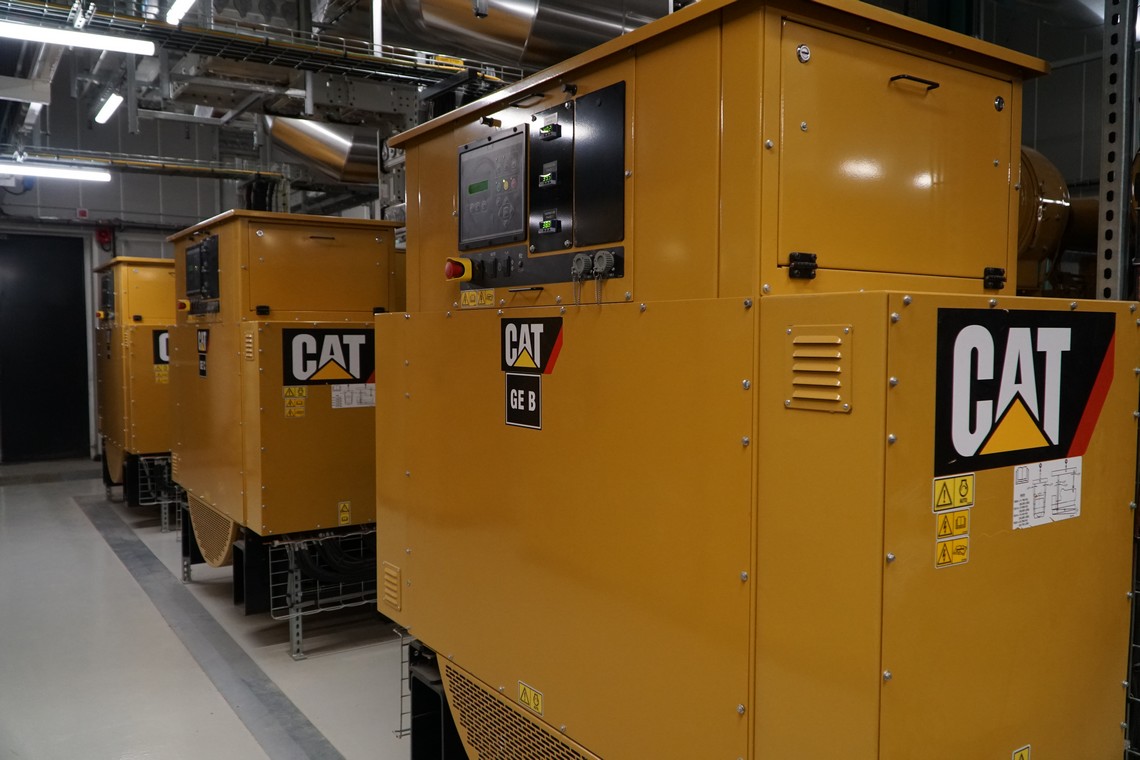 Electricity generators took over in the event of the @TOM.travel breakdown

The third mission is to ensure the air conditioning of computer rooms. Data4 uses two specific methods, “free cooling” and “free cooling”. These systems allow outside air to be used to supply the water cooling system when the temperature is lower. But reducing the carbon footprint of buildings like data centers also involves building materials. “We must realize that a significant portion of the digital world’s environmental contribution is linked to construction”, says the Product and Innovation Manager in DATA4. At the Marcoussis site, buildings are regularly constructed to ensure their energy efficiency. The company is working on the introduction of predictive maintenance, based on artificial intelligence algorithms, that can facilitate the management of buildings and their cooling. 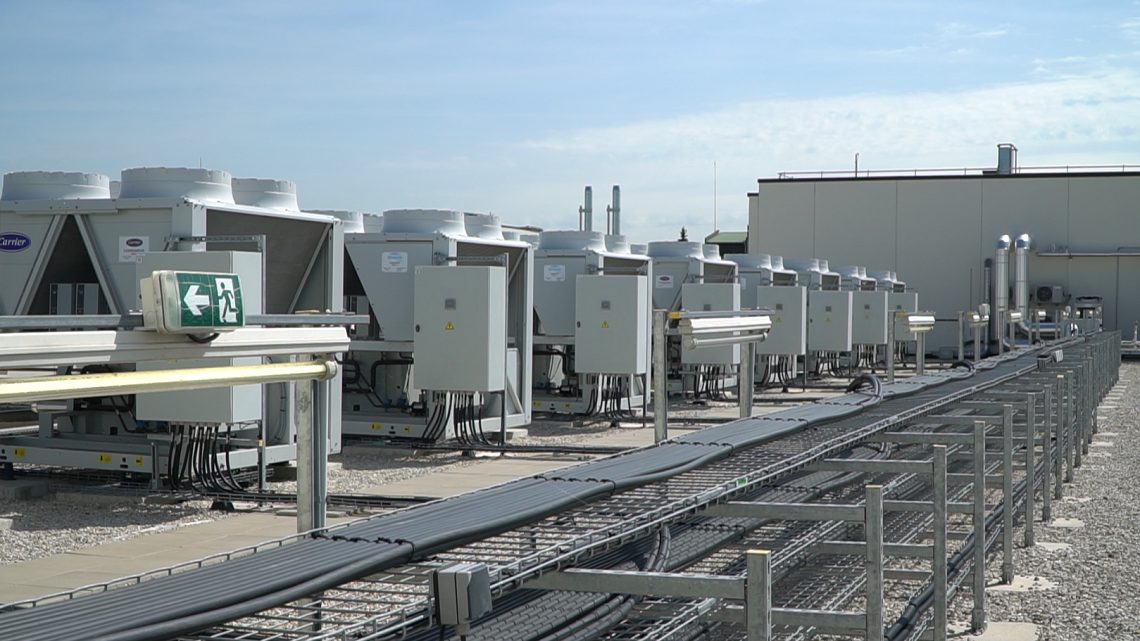 Finally, the fourth mission of a data center is to ensure server connectivity. Without the Internet, it is not possible to connect them to the cloud. Many telecom operators, European and American, have dedicated space in the rooms.

The rising cloud raises the question of sovereignty

In Tourism, several companies like Saber, Amadeus and SNCF have decided to move their data to the cloud, accompanied by American digital giants dominating the market. Decisions that raise questions, specifically in terms of sovereignty. For Olivier de Nomazy, many precautions make it possible to protect oneself. Today, the European Data Protection Regulation (GDPR) obliges cloud providers to host European data in Europe. The “Zero Trust” security process prevents the host or cloud provider from accessing the data. Finally, a large number of companies are now implementing hybrid architectures. On the one hand, they deploy private cloud on their own infrastructures for sensitive data and they use public cloud managed by cloud providers for less sensitive data.

To make it possible to store data as closely as possible to companies and therefore to ensure their sovereignty, Data4 now aims to deploy in secondary cities in Europe. Since it will raise 650 million euros in 2020, the company wants to double the volume by 2024.

See also: What is the data center used for and what role does it play in the rise of the cloud?