Broadcom Corporation, an American company that makes semiconductors used in a variety of telecommunications equipment, announced last week that it will acquire VMware, a computer company that offers some ownership product related to the virtualization of x86 architectures, in the amount of 61 billion dollars in cash and stock. . Tom Krause, president of Broadcom Software Group, said on Broadcom’s revenue call that the focus is on subscription software.

Broadcom plans a rapid transition from perpetual licenses to subscriptions for VMware products, replacing discrete versions that are purchased once and used permanently. VMware dominates the market for so -called virtualization software, which allows enterprise customers to run multiple applications on their servers. This activity began to slow as companies found new tools to work with cloud computing, prompting VMware to seek new offers, including through a partnership with Amazon. Broadcom CEO Hock Tan said the company wants to satisfy current VMware customers and leverage VMware’s current sales team and relationships. 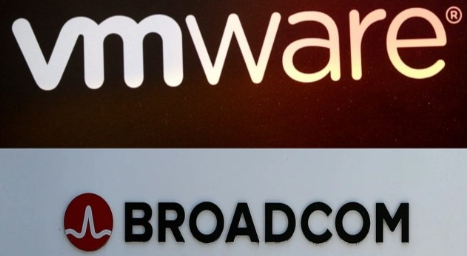 The subscription software has several particular advantages, including continuous updating to fix security vulnerabilities and ensure compatibility with new operating system updates. But a step toward more subscription -based software licensing could be bad news for individuals and businesses who are more willing to pay for individual updates when they need them, rather than continue to pay until they don’t need to. need software.

VMware is far from the first company to favor subscription-based software as a service and the more consistent and reliable revenue stream than perpetual software. Nearly a decade ago, Adobe incredibly moved its Creative Suite apps to a Creative Cloud subscription model, with no option left for customers who prefer perpetual licenses.

Microsoft still offers perpetual licenses for its Office apps for Mac and Windows (Office 2021 was released in September), but they don’t offer all the same features as the constantly updated version of Microsoft 365. Even services like PlayStation Plus or Xbox Game Pass are replacing one -time game purchases with lifetime subscriptions.

Broadcom’s move to software began after its bid to acquire mobile chip giant Qualcomm was blocked by former U.S. President Donald Trump in 2018 due to national security concerns. This acquisition is the second largest announcement worldwide since the beginning of the year, just behind Microsoft’s $ 68.7 billion deal to acquire video game maker Activision Blizzard.

Broadcom’s offer of $ 142.50 cash or 0.2520 shares for each share of VMware represents a nearly 49% premium at the last closing of the stock before flagging deal negotiations for the first time on May 22. Assume Broadcom also owns $ 8 billion of VMware’s net debt.

The chipmaker’s stock closed up 3.5% and VMware 3.1%. Broadcom CEO Hock Tan, who made his company one of the world’s largest electronic chipmakers through acquisitions, is now applying his way of trading in the software sector. At one time, the deal nearly tripled Broadcom’s software revenue, accounting for nearly 45% of its total sales.

According to Futurum Research analyst Daniel Newman, Broadcom will immediately be recognized as a major player in the software industry with the acquisition of VMware. Having something like VMware … will open a large number of doors that their current portfolio is unlikely to open for them, Newman added.

The deal comes at a time when the Biden administration is pushing for greater competition in every sector, from agriculture to technology. The Federal Trade Commission (FTC) may be concerned that Broadcom is using the acquisition to bundle services or raise prices, said Josh White, an assistant professor of finance at Vanderbilt University.

VMware will have 40 days to find a buyer willing to pay the more than $ 61 billion offered by Broadcom.

What do you think of this Broadcom initiative?

Are you for or against subscription software?