The European Space Agency (ESA) has announced its participation in ” the world’s first mission to remove several small telecommunications satellites from orbit when they reach the end of their operational service “.

Space debris is a real danger

In recent years, the number of galaxy debris has increased sharply. According to the ESA, about 34,000 objects larger than 10 cm are currently in orbit, about 900,000 from 1 cm to 10 cm and finally, about 128 million from 1 mm to 1 cm. These things scare you to the worst and can lead to serious collisions. This is what notably happened on March 18, 2021, when a remnant of the Russian rocket Zenit-2 hit the Chinese satellite Yunhai 1-02.

The value of SpaceX has reached $ 125 billion

” Ensuring responsible use of space is critical to protecting today’s cohesive world, as our digital economy and society rely on the ability to communicate. said Elodie Viau, Director of Telecommunications and Integrated Applications at ESA. Sometimes, collisions caused by galaxy debris can have more serious consequences; in 2019, the destruction of an Indian satellite directly threatened the International Space Station and its inhabitants. In addition, space debris hit the Canadarm2 robotic arm, located at the station, in June 2021.

From now on, the number of satellites rises sharply every year, especially since companies like SpaceX with Starlink, Amazon with its Kuiper Project or OneWeb, have deployed constellations of thousands of devices to bring high-speed Internet to remote areas. of the world. 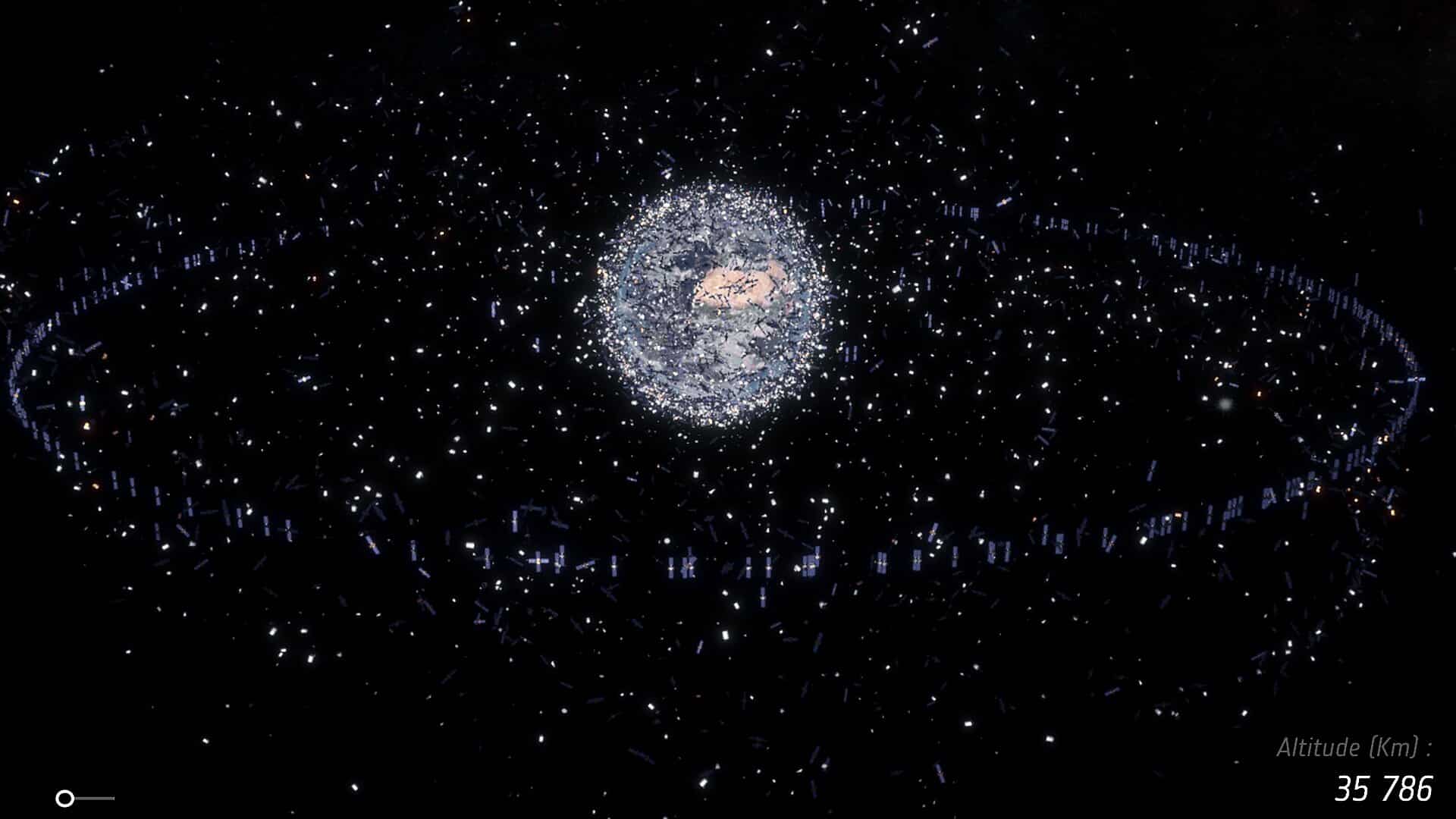 Earth’s orbit is full of space junk, and the number is only growing. Photo: ESA

ESA collaborates with Astroscale and OneWeb

” With thousands of satellites already in orbit and thousands more being launched each year, it is even more important to tackle the problem of space debris and find new ways to remove disabled spacecraft and other types of space junk, for reduce the amount of debris damage to satellite operators. and ensure the safety and maintenance of the space explained George Freeman, British Minister for Science, in the ESA press release.

With this in mind, the Space Agency decided to invest 14.8 million euros in the design of the ELSA-M, a spacecraft developed by the Astroscale company that could remove several out-of-service satellites on a mission. . Its launch is scheduled for the end of 2024. This mission is part of ESA’s Sunrise Program; it is common for the agency to work with companies in Europe to encourage change in the Old Continent space industry.

OneWeb, the European constellation, is also participating in the project. It currently has 428 satellites placed in orbit at an altitude of 1,200 kilometers from the 650 planned. Thus, the removal of Astroscale spacecraft’s out-of-service satellites will help it complete its constellation and maintain Earth’s low orbit as a shared resource with other agencies and companies in the galaxy.

Animated demonstration of how ELSA-D, the predecessor of ELSA-M, captures a small satellite in space:

A service for future satellite operators

ESA and OneWeb have already collaborated in the field of telecommunications within the framework of the Sunrise program, with OneWeb notably developing a beam-hopping satellite capable of responding to changes in communications traffic.

” Responsible space is central to our mission at OneWeb and we are committed to sustainable practices in all environments in which we operate. The development of the ELSA-M servant prototype is another important step toward a responsible approach to space, ensuring that our satellites can be de-orbited and the low Earth orbit atmosphere is protected as a natural and shared resource. . said Massimiliano Ladovaz, CTO at OneWeb.

After unveiling its prototype in 2024, Astroscale aims to provide debris removal services to satellite operators.