CASABLANCA, Morocco-Israel and Morocco signed the first-ever government-to-government agreement aimed at facilitating cooperation between the two countries in the technology and science sectors on Thursday.

This agreement was signed by Israeli Minister of Innovation, Science and Technology Orit Farkash-Hacohen and Moroccan Minister of Higher Education, Scientific Research and Innovation, Abdellatif Miraoui, twenty-four hours after the Israeli minister’s announcement of the end of the this memorandum of understanding during the Forum “Israel-Morocco: Connect to Innovate” dedicated to high tech and trade in Casablanca and organized on the initiative of the non-profit organization Start-Up Nation Central (SNC).

In his speech at the closing of the three-day event on Wednesday, Farkash-Hacohen praised the revived relationship between the two countries as well as initiatives to encourage cooperation in sectors such as renewable energy, water management, agriculture or food. The minister said the two countries had a “tremendous opportunity” to work together to address the challenges faced by both countries, and this opportunity should not be missed.

“This is a special event. It has only been 18 months since we signed an agreement that restored diplomatic relations with the Kingdom of Morocco. If governments sign agreements, people build peace, “he said in his speech.

The minister praised Israel’s innovation in various sectors such as water technologies, energy efficiency and energy conservation; he taught the Jewish State’s expertise in wastewater treatment and he noted that most of these advances were made because reality had imposed them, following some difficult years of drought in the late 2000s and early 2010s.

He also paid tribute to the New Moroccan Development Model, a plan for the kingdom of North Africa that the government put in place last year and provides investments in various sectors such as green energy. , smart agriculture and food security.

Morocco is battling one of the worst droughts in decades this year and is trying to mitigate its impact on agriculture and the food industry. Last month, the kingdom announced the construction of a new seawater desalination plant in anticipation of future droughts. Rabat expects that this factory, to be located on the outskirts of the city of Agadir, on the south Atlantic coast, will be the largest in the world, with 275,000 cubic meters.

Farkash-Hacohen said Israel has learned a lot about drought and water shortages and can share its practices with countries willing to cooperate.

“As all entrepreneurs know, partnership is key to success,” the Minister explained. “Israel’s talents in terms of innovation … can help the two countries achieve the goals they have set for themselves,” she added.

The Israeli government, he said, “is highly committed to the success of this cooperation.”

The immense memorandum of understanding signed by the two ministers “is a strong lever and a positive step”, he said. It focuses “on agriculture, food processing technologies, water and desalination technologies, renewable energy and environmental technologies, artificial intelligence and more”, he said.

A focus on Moroccan climate and leadership

Also speaking at the event, the former Moroccan Minister of Energy, Amina Ben Khadra, who is the current Director-General of the National Office of Hydrocarbons and Mines (ONHYM) of Morocco, explained that the global climate crisis requires governments and entrepreneurs who “think green.” and focus on renewable energy as a strategic asset.

Morocco, he said, has made green energy a government policy and “a strategic option” for more than a decade, launching an energy transfer process since 2009 along with the National Energy Strategy and building the Noor-Ouarzazate complex. in 2016, the world’s largest concentrated solar power plant, installed on three hectares. 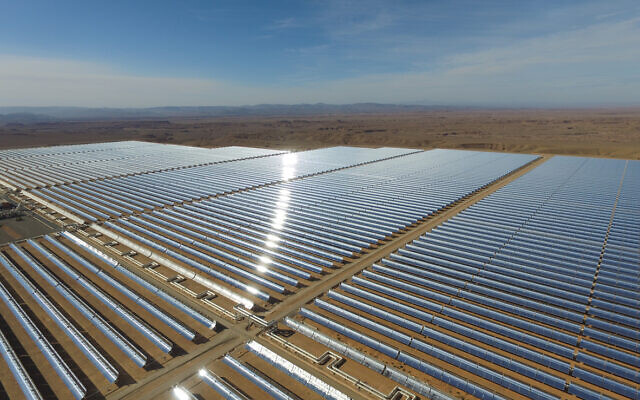 The kingdom has promised to increase the share of renewable energy in its electricity production by increasing it to 52% by 2030 – 25% from solar energy, 20% from wind and 12% from hydraulic power. He also expects to reach 80% by 2050.

Moreover, Rabat was among several countries present at the COP26 climate conference, organized at the end of last year in Glasgow, which pledged not to build new coal-fired power plants.

Although the public sector supplies most of the renewable energy projects in Morocco, Ben Khadra said the kingdom now hopes to attract private investment and “position Morocco as a platform for green industries”.

“There are so many things we can do, we can take advantage of Israeli technology. We can establish strong cooperation and joint work with Israeli companies,” the former energy minister said.

According to Start-Up Nation Central, Israel is home to about 700 start-ups and other companies working on climate-related challenges-with about 100 companies in the energy sub-sector among them. . The climate sector, according to SNC, also includes companies specializing in technology industries related to transportation, mobility and food.

Of these approximately 700 start-ups, 25 were invited by SNC to the Casablanca Forum to showcase their technologies to potential partners and customers.

Eccopia, headquartered in Tel Aviv, was able to demonstrate its robotic and analytical cleaning solutions for solar panels, solutions created to keep modules clean, during a series of presentations that took place at conference.

Eccopia, whose shares are traded on the Tel Aviv Stock Exchange, thus offers a robotic solution that is fully automated and does not use water to keep solar panels at optimal levels of performance and to also avoid any potential damage. The company’s clients include solar power providers around the world.

In a related area, Calanit Valfer, managing partner at growth capital investor Elah Fund, introduced one of his portfolio companies, Zooz Power (ex-Chakratec), which has developed an ultra-fast power amplifier for electric vehicle that, he said, already has. be “missing link in the value chain”.

Zooz’s offering helps solve the problem “many drivers face who are worried that their battery will be depleted before they get to their destination” and allows for fast vehicle charging.

These amplifiers are modular and take up half the parking space, making them ideal for installation in critical locations such as car parks, airports and hotels. The company says this type of system has overcome network limitations and has the potential to accelerate the adoption and deployment of electric vehicles. 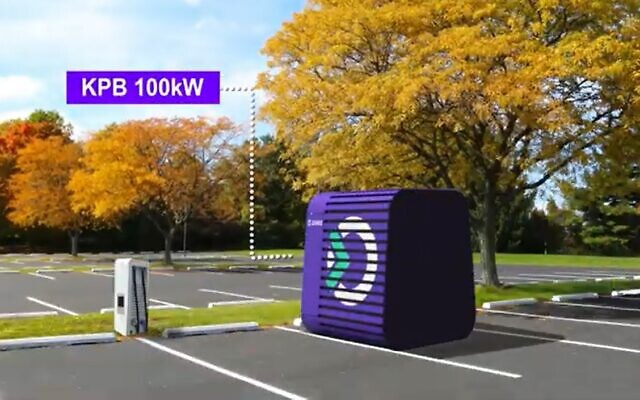 Zooz shares are traded on the Tel Aviv Stock Exchange and the company has placed its power amplifier at Vienna’s airport and in the hotels of a German chain. The company also has partnerships in the United States, Valfer said.

Omer Sella-Tunis, director of business development at Tomorrow.io, developer of a weather and climate analysis platform, spoke about how his company can help Morocco, “one of the most advanced countries in the world in the fight on climate change, with the modeling of its weather and the climate -based decision -making process.

Tomorrow.io customers include JetBlue, Uber, Ford, and United Airlines. The company has approximately 200 employees with offices located in Tel Aviv, Boston, and Boulder.

The company specializing in precision agriculture SupPlant, which presented itself at the conference on Tuesday, announced that it has signed an agreement with a Moroccan firm to launch a pilot project on 1,700 hectares of land hosting various other cultures. 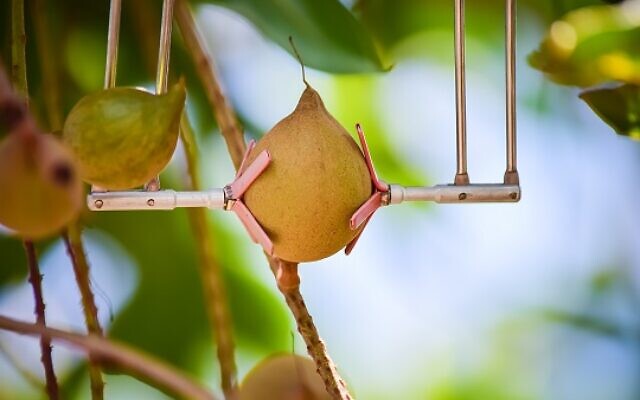 SupPlant combines sensors placed in plants and artificial intelligence to provide data that simplifies farmers ’decision -making. The sensors are placed in five places on a particular plant – deep in the ground, above the ground, on the stem, on the leaves and on the fruit – and the data collected through it ”is uploaded to the Cloud every ten minutes and along with weather forecasts to give farmers unique insights and recommendations for irrigation, ”SupPlant General Manager Ori Ben Ner explained to Israel period in a previous interview.

“That is very useful in day-to-day farming but also particularly important when an extraordinary weather event is expected, and the solution allows to offer farmers specific irrigation recommendations. so that ‘weather by storm’ and irrigation is not exceeded or insufficient, ”added Ben Ner.

SupPlant’s technology has been named one of TIME’s Top 100 Inventions for 2021 (along with three other Israeli inventions).