XL 360 in Toulon, the first eco-efficient data center in Var! 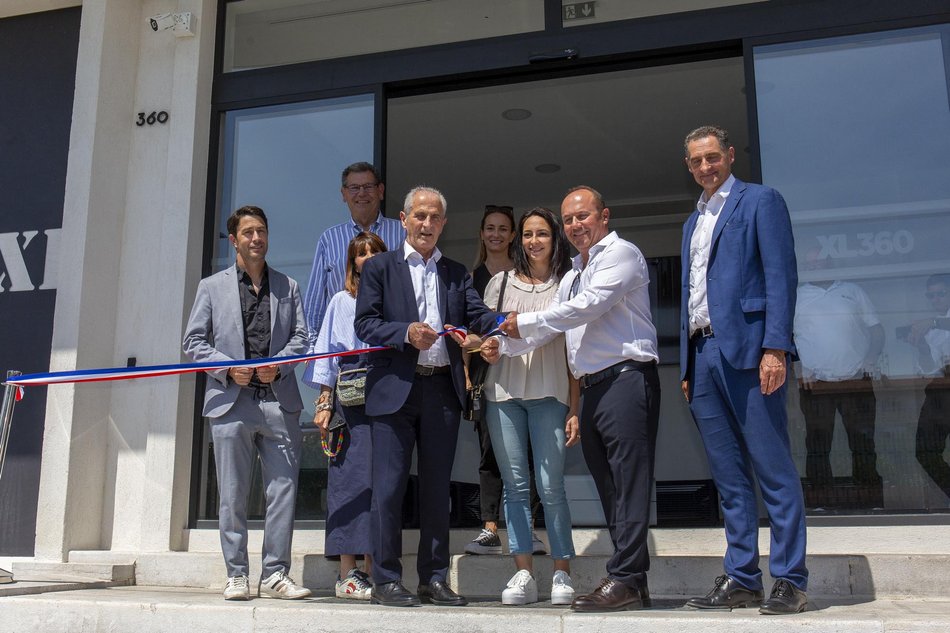 A datacenter fully equipped by Schneider Electric with an energy saving and sustainable development approach. A site that combines a data center and a Digital Business Center to create a workspace focused on the digital economy.

Hubert Falco – President of Toulon Provence Mediterranean Metropolis : The world is Digital, a connected and cohesive world! Thirty years ago, the installation of the doors of a building like this stopped. With the advent of the internet, we are all now interacting across the planet with just a few clicks! We live in a time that is fast, very fast!
Digital is at the heart of the technological, industrial and economic challenges of today and tomorrow, but it is also at the heart of our lives, of our daily lives. It is a major player in our society and therefore a major player in any public policy!
For more than 20 years, Toulon Provence Méditerranée Metropolis and the City of Toulon have been playing digital cards, with the goal of fostering an economy of innovation.
Digital territory must train our youth, support emerging ideas, make digital progress accessible to all, support public and private initiatives, but also be responsive to the needs of entrepreneurs. of the digital economy, to allow them to stay and thrive in their heart city.
Concrete, “Digital and innovation” in the Metropolis and City of Toulon, it is more than 2,500 students trained each year in digital professions, 3,100 establishments, more than 9,500 jobs, 120 startups created each year , more than 500 events per year for entrepreneurs in this sector, 750 sites and 120 business areas served by the Very High Speed ​​TPM network.
It is also the 7,000 m2 of the Maison du Numérique et de l’Innovation, completely renovated in 2015 and its shared spaces for digital companies; Finally, a snap from here, in the Beaux-Arts building in the Chalucet Creativity and Knowledge district, the new spaces are managed by TVT Innovation.
TVT innovation, which became TPM’s economic development agency in 2018, is a true driver of the metropolitan digital economy. It is led by Didier GOGUENHEIN, who succeeded Patrick VALVERDE and continues with enthusiasm, along with the entire TVT team, this dynamic that is specifically aimed at strengthening the attractiveness of the territory.
Many of the entrepreneurs present here are “children” of TVT! The kids are big! Of course, I think, to name a few, to Michel RUBINO and his colleagues and their company CARTESIAM, which specializes in artificial intelligence and was bought by a large international group, Charlotte DUBOST and her company Berceau Magique, which shines in Toulon around the world.
I am also thinking of ANSE TECHNOLOGY, BLACK TWIN, SWELLO, ENNOVIA, ICADEMIE and many more …
From the “young shoots” became, for several years, real ambassadors of French Tech Toulon, this French Tech is now headed by Jean LARROUMETS, manager of Égérie.
You are all here along with another great business leader, Xavier LAFAURE, from XL 360, to inaugurate the first data center in the Var department and its digital business hotel.
My dear Xavier, like many entrepreneurs beside you today, you chose to set up your activities in Toulon and you are right! You built Telecom operator Alcatraz IT, which connects more than 1,000 companies at Very High Speed. You lived in our old center and developed your activity there.
You are one of many private partners who believe in Toulon, its territory and its future and have made our territory one that has created the most activity in the region since 2013. Including the City of Toulon and the Metropolis TPM, over the past 10 year, we invested more than a billion euros in our territory. Thanks to trust and partnership, this billion euros has generated more than 3 billion euros in private investment.
My Dear Xavier, like many of you here, your strong growth has resulted in new needs and in particular the finding of larger areas without relocating your business; because your desire is to stay in TOULON, this city dear to our hearts, which is thriving thanks to all of you, for the trust you place in our territory, in its attractiveness. The TPM metropolis and the City of Toulon have taken action to find a land and real estate acceptance offer that meets your needs.
Others, you know: You responded with your XL 360 company to the call for projects from Métropole TPM, which owns this building, which was purchased at the time from the French Navy. You want to create a new digital center there, which complements the offer offered in Porte d’Italie and in the district of Chalucet, a few meters from the multimodal center of Toulon and in the new district of Montety, itself private trust in its southern part.
Two years later, we inaugurated this ultra-modern and ultra-secure 1,600 m2 building, part of the logic of energy efficiency, which now contains a digital business hotel as well as the first data center in the Var department!
You have invested more than 5 million euros to completely rehabilitate this building. You can be proud of your success because we are proud that you are here in Toulon!
More than ever you represent the world today but also and especially tomorrow! 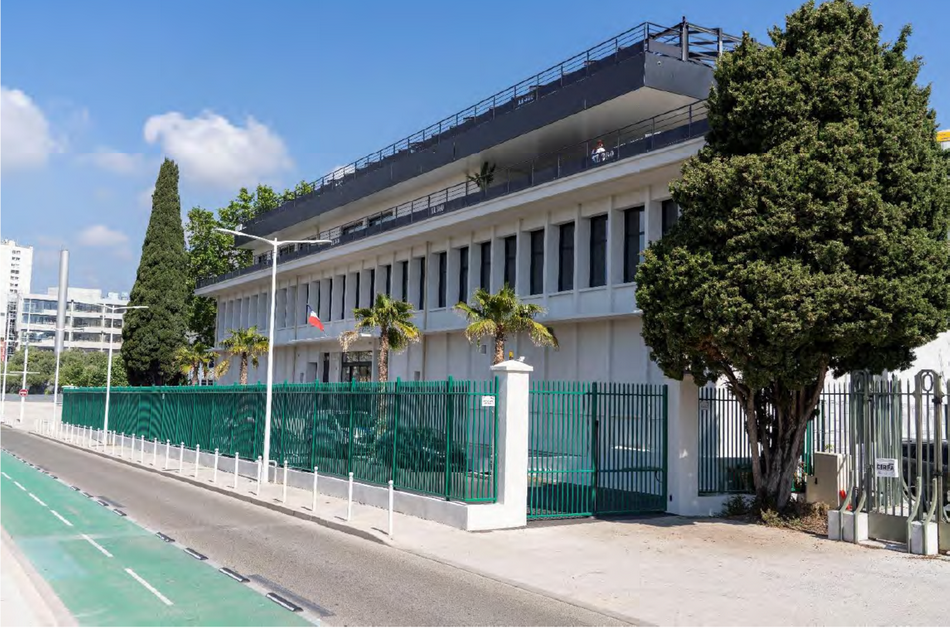 Schneider Electric, a leader in digital transformation, energy management and automation, supports the XL DataCenter company that created the first data center hosting in Var. By providing all the energy infrastructure for this new data center with a 105 IT bay capacity called XL360, Schneider Electric supports the regional ecosystem in its digital transformation.
Located in the city center of Toulon, not far from the Zénith, this fully renovated former army building now houses a new generation data center, directly connected to submarine cables linked to the city’s port, as well as in a Digital Business Hotel with a vocation. is to accept Digital Startups and innovative entrepreneurs. A hybrid site that demonstrates that this type of structure is harmoniously integrating into the universe of VSEs/SMEs by playing an important role, offering calculation, connectivity, storage of new black gold that data. In these shared offices and workspaces (internal restaurant + rooftop terrace accessible by tenant companies and their customers), the originality of the project lies in the fact that a data center can also be a space for on conviviality and exchange in the service of the digital economy.

“The datacenter is the key building block that will allow digital to build. Integrating a digital business hotel and a data center that meets the latest environmental standards in the same building is a strategic approach to supporting competitiveness and attractiveness. This allows the provision of redundant IT infrastructure to offer on-site companies, but also to all companies and local authorities who wish, the computing power or storage they need, as well as flawless connectivity (high availability and reduced latency) ” said Damien Giroud, Sales Director at Schneider Electric IT.

The ideas of latency and bandwidth are key elements of the digital economy because they streamline new digital uses. Thanks to the XL360 Datacenter based in Toulon, St Tropez, where several establishments in the hotel industry are connected to the datacenter (which notably hosts telecommunications operator, Alcatraz IT), so it’s only 120 milliseconds from Singapore that with access Reliable and secure broadband thanks to the submarine cable “Sea – Me – We 5.” Also connected to the fibers that connect the continents of Africa and North America, the XL 360 also places Toulon less than 120 milliseconds from New York. Like the concept of “Peering” regularly used in the IT world to designate the connection between sites/machines, the Datacenter XL360 features the concept of “Social peering” to promote interaction between technologists. its activity and its CSR strategy. particularly in favor of the inclusion of people with disabilities.

“In this project to rehabilitate an existing building to make it both a data center and a business hotel dedicated to digital start-ups, we have a dual goal: to give the city of Toulon and its surrounding area a powerful tool to support the economic and digital development of the territory thanks to a real “technological showcase” and supports a partnership with several local associations dedicated to the inclusion of people with disabilities. thus participating in our events and the subject of a sponsorship program.Thus, we promote the connection of our customers with these associations and pay a percentage of our turnover to these associations. says Xavier Lafaure, founder of XL 360 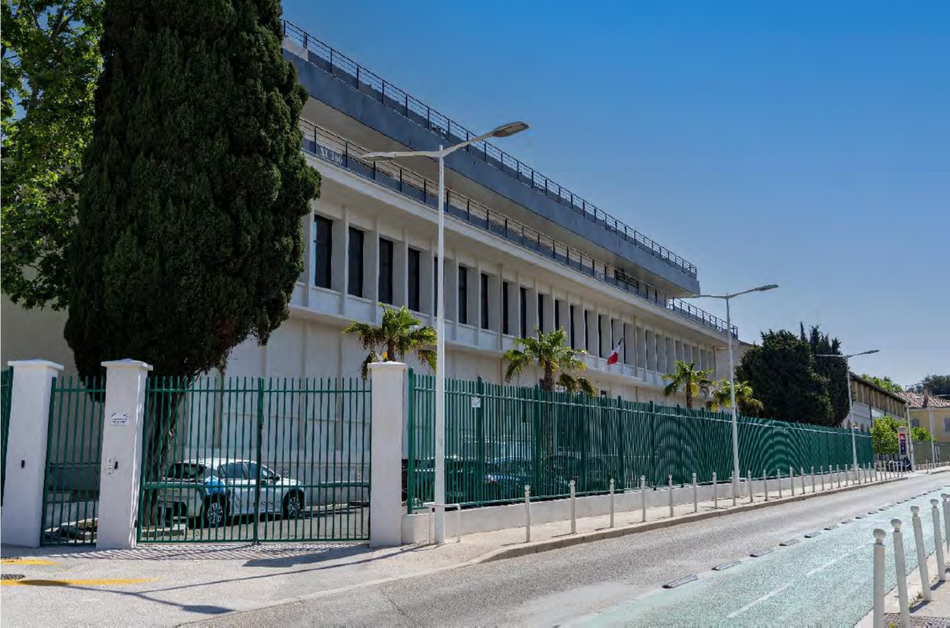 This data center is particularly efficient thanks to technologies provided by Schneider Electric, specifically in terms of cooling or Cooling which typically represents the first item of consumption in a data center, after servers. Designed to reduce the environmental footprint as much as possible, the implementation of thermal containment solutions, associated with the production of high temperature free-cooling water with the accompanying floating regulation of high pressure (floating HP), allows to XL360 to limit consumption associated with data center cooling and be eligible for Energy Savings Certificates (CEE). A certification that allows you to benefit from a large premium for financing this type of infrastructure. Rehabilitation of a military wasteland also has several advantages in terms of environmental impact. First of all, the recycling of this land has made it possible to preserve biodiversity by avoiding a new artificialization of the land. Then, thanks to the recycling of such a building, more than 3,000 tons of CO2 were saved, thanks to both discarded demolition but also by avoiding the construction of a completely new building.