At a kibbutz in Galilee, an Israeli start-up makes robotic hives that track bees 24 hours a day and reduce mortality among these major pollinators, food security guarantees.

“There are two million bees here,” Shlomki Frankin said as he entered a 12-square-meter white container, placed in the middle of the avocado fields of Kibbutz Bet Haemek in northern Israel.

The container called “Beehome” could hold 24 rashes, the 41-year-old beekeeper explained to AFP who wore a hat with a veil to protect himself from possible bites.

These bee houses work just like normal wooden hives, except that they are operated by a robot placed inside which monitors these insects, controls their habitat and provides care. for them, Mr. referred to. Frankin working for the Beewise company at the origin of the mega hive.

An engineer installed new beehives, as part of the high-tech Beehome project, at Israel’s Kibbutz Bet Haemek in northern Galilee on May 14, 2022. (JACK GUEZ / AFP)

Arriving to conduct a control visit, he examined the electrical device moving in the center of the buzzing box and releasing a honey frame where the honey bees had clustered.

“The robot is equipped with sensors that allow to know what is happening in the frames,” Netaly Harari, director of operations at Beewise, told AFP.

“Thanks to artificial intelligence, our software knows what bees need,” he said at the workshop where large metal hives were built.

In case there is a problem, he alerts the beekeeper by an application. The latter can intervene remotely from his computer and switch if necessary. 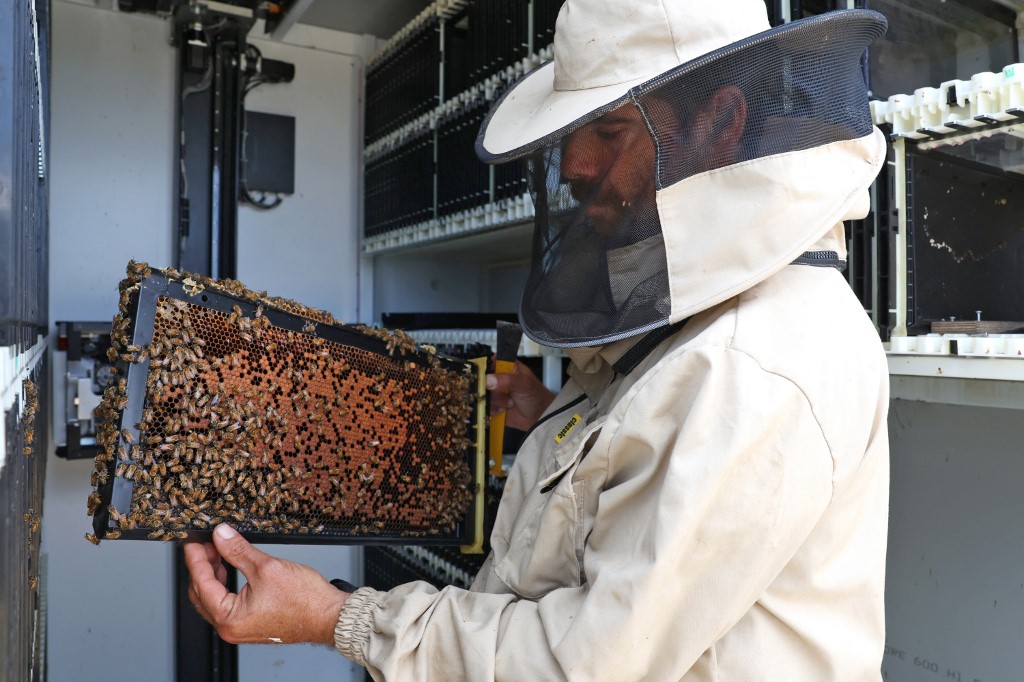 A beekeeper works on a robotic hive, from the high-tech Beehome project, at Kibbutz Bet Haemek in northern Galilee on May 14, 2022. (JACK GUEZ / AFP)

The mega hive, which runs on solar energy, can also regulate temperature, remove nuisances and even honey, thanks to an integrated centrifuge, Netaly Harari says.

The start-up will produce for the first time honey since the end of May, the “first honey in the world made using artificial intelligence! Enthuses Ms. Harari.

For Shlomki Frankin, “the robot is a tool for the beekeeper, but it doesn’t replace it”.

“I can do a lot of simple tasks remotely like enlarging the nest or reducing it (…) or let the robot do that and focus on other tasks,” he says, adding “saves a lot of time. “.

One hundred of these robotic hives have already been deployed in Israel and a dozen in the United States. Beewise is looking for an entry into the European market within two years.

In April, the start-up created in 2018, with more than 100 employees, raised approximately 76 million euros in investment to build its exports. 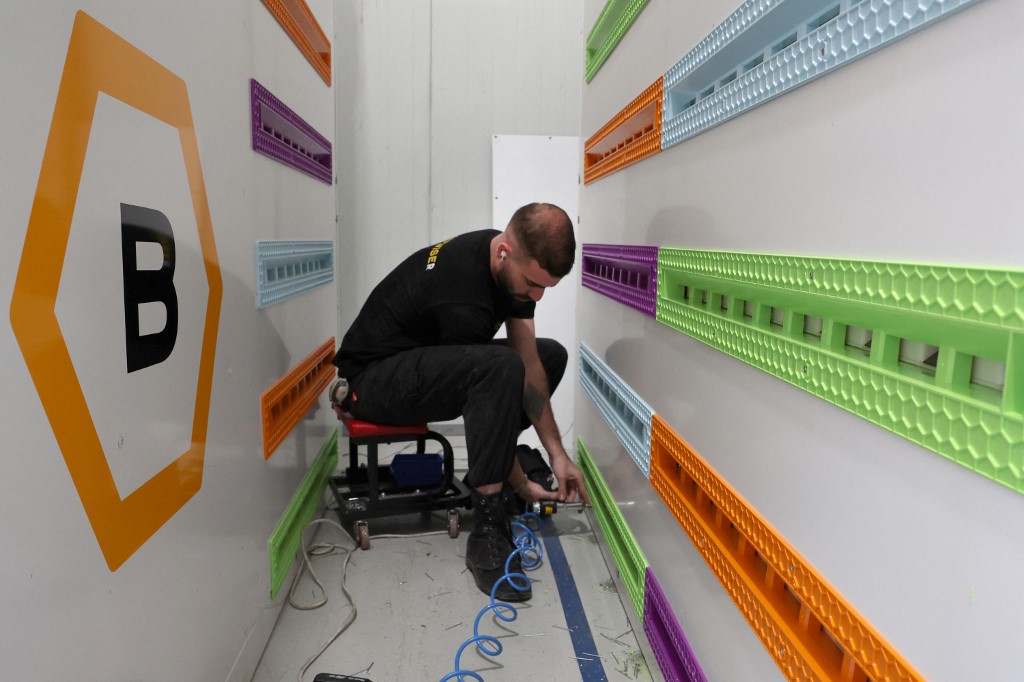 An engineer installed new beehives, as part of the high-tech Beehome project, at Israel’s Kibbutz Bet Haemek in northern Galilee on May 14, 2022. (JACK GUEZ / AFP)

“Sometimes a beekeeper takes several months to realize a problem, with the robot, he can deal with the problem in real time, it reduces the death of bees,” he told AFP.

In recent years, many of them have disappeared around the world, victims of ‘colony collapse syndrome’, which is associated with a combination of several factors.

“The decrease in flower fields as a result of construction has reduced the bee’s food resources and diversity,” the expert said.

Added to this is the use of pesticides, diseases and parasites such as Varroa destructor, a destructive mite, listed by Professor Shafir. 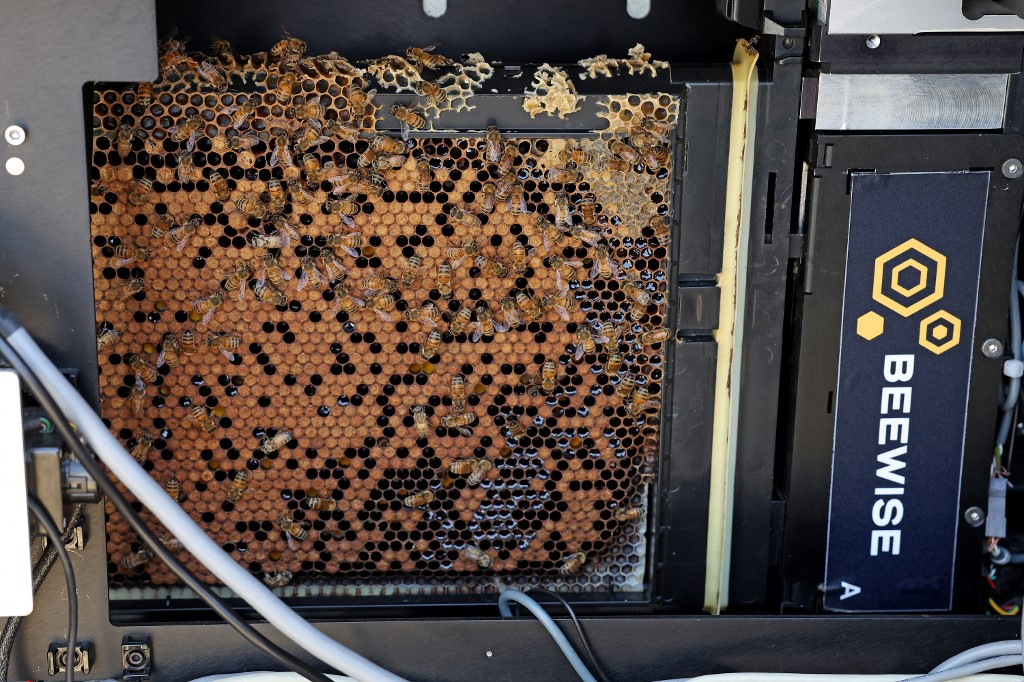 A robotic hive, from the high-tech Beehome project, at Kibbutz Bet Haemek, in northern Galilee, on May 14, 2022. (JACK GUEZ / AFP)

“In Israel, between 20 and 30% of hives disappear each year”, however, “we depend on bees”, the entomologist insists who remembers that an important part of the human diet results from pollination, provided by insects that allow plants to reproduce.

More than 70% of crops – almost all fruits, vegetables, oilseed and protein crops, spices, coffee and cocoa – are highly dependent on it.

“Bees and other pollinators are essential for food security and nutrition”, summarized the Food and Agriculture Organization of the United Nations (FAO), which celebrates World Bee Day on May 20 to highlight the importance of their care.