Microsoft is reportedly planning to raise salaries and benefits to retain its talent. “As we approach our annual total compensation process, we’re making a significant additional investment this year to pay our employees around the world,” said the Seattle -based tech giant. While we take into account the impact of inflation and the rising cost of living, these changes also reflect our appreciation of our world-class talent that supports our mission, culture, customers and partners. .

In addition to dealing with the rising cost of living and a tight housing market in Seattle, Microsoft is engaged in a fierce battle for talent with companies like Amazon, Google and Facebook that own Meta Platforms, as well as startups. Areas such as cybersecurity, artificial intelligence, metaverse and cloud computing have become particularly competitive. In addition, the pandemic has led many workers to move and reconsider their employment options. 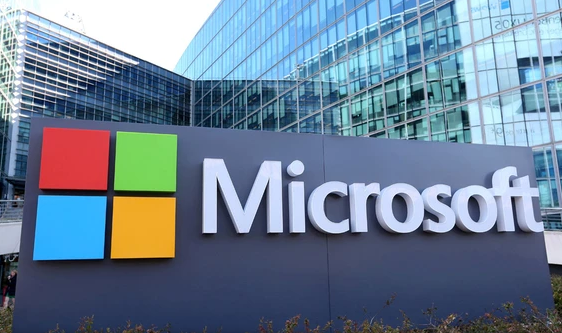 over and over again, we have found that our talents are highly demanded because of the exceptional work they do, ”said Chief Executive Officer Satya Nadella. The Seattle -based tech giant has nearly doubled its budget for employee compensation as part of its maintenance efforts. Microsoft will also increase its stock compensation range by at least 25%. “The increased investment in our global compensation reflects our continued commitment to providing a highly competitive employee experience,” said a Microsoft spokesperson.

According to Bloomberg, the increases will apply primarily to the early and mid -careers of Microsoft employees. The company has 103,000 employees in the United States. The changes will apply to a large portion of the company’s workforce, which became 181,000 as of June 30, 2021. The company has not yet discussed salary amounts, so it’s unclear what the new salary levels will be. dollar compensation. But Glassdoor estimates that a fresh graduate working as a software engineer at Microsoft earns approximately $ 163,000.

The stock increase will apply to employees at level 67 of the company’s internal ladder, or lower, Nadella said. Level 67 is the last echelon before an employee becomes a partner in the company, which puts them at a higher salary level. Budget salary increases will vary by country and the most important increase will be focused where the market demands it.

In February, its rival Amazon announced that it would more than double the maximum base salary it pays its employees, from $ 160,000 to $ 350,000, to face a competitive labor market. The e-commerce giant will raise the total salary range for most jobs around the world and the company said the increases are bigger than in the past.

The past year has seen a particularly competitive labor market, according to the memo, which added that it is necessary to remain competitive to attract and retain the best talent. The move aims to bring Amazon in line with competitors like Google, Facebook, Apple and Microsoft, and make sure the company retains its employees and recruits top talent. The war for tech talent saw average tech salaries top six figures for the first time last year, according to a recent study by jobs platform Dice.

The move promises to bring Amazon’s base salary more in line with other large tech companies, including Google, Facebook, Apple and Microsoft. Historically, Amazon has kept its base salary lower than many of its peers, making up the difference in the restricted portion of units and cash compensation such as a signing bonus, paid over two years.

Microsoft announced the changes as it approaches the end of its financial year, which ends June 30. For the current financial year, the company has already implemented higher budgets for promotions and a special award. in equity to recognize the exceptional impact and support in maintaining our most competitive talent pools, ”Nadella wrote.

What do you think of this initiative from Microsoft management?

Amazon revoked the Twitter weapon it paid for to praise its company’s working conditions, in the face of the lack of effectiveness of this campaign influence

Amazon’s full -year revenue in 2021 grew 22% to $ 469.8 billion, despite the transition of customers to multicloud