The Soupe au bouton organization located in Saint-Jean-Port-Joli has seen an increase in requests for food assistance in recent months. If the trend continues, more than 900 repairs are expected by the end of the year, an increase of nearly 50% compared to two years ago. According to the director, Daniel Darveau, many vectors, including inflation, will explain this growth.

Mr. observed. Darveau has seen a sharp increase in requests since last September. Several new beneficiaries called the organization. “We have an increase that has almost doubled in a year,” Mr. Darveau said.

By 2020, the number of fixes had reached 529 supporters. For 2021, this number is 735 fixes. For the current year, the data shows 78 fixes per month. More than 900 repairs are therefore planned between now and the end of the year, not to mention food shipments to various organizations in the region. These numbers only include requests for food basket assistance.

When Mr. Darveau, repairs are done every six weeks, but now every four weeks. “The size of the baskets is bigger,” the director said.

With inflation, commodities become more expensive. People realize that you need to turn to an organization for support. “Asking for help from the food bank is not done lightly. People have a certain pride, but we do it without judgment. People realize they can ask for more and more help ”.

Mr. also observes. Darveau people received money during the COVID and they now have to pay it off, which could tighten the budget. “There are people who are struggling financially. There is a package of vectors involved,” he underlined. another trial undergoing.

Last year, 235 families requested assistance in the territory of the MRC de L’Islet, of which about fifty came from Saint-Jean-Port-Joli. A total of 80 families ask for help every month. In addition, 114,000 pounds of foods from Button Soup were distributed last year.

At the time of writing these lines, the analysis of official data from the Maison Lafrontière of the MRC de Montmagny has not yet been completed. More information about this should be presented soon. An increase in requests was also observed at the MRC de Montmagny. People who use this service really need help. 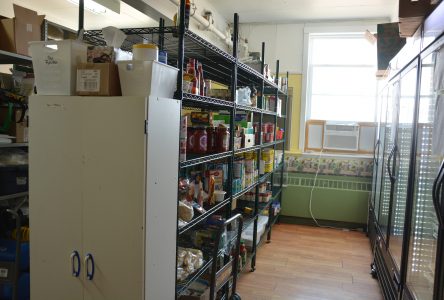 There is no shortage of food and the Soupe au Bouton organization accepts many donations from the population, for example from merchants, grocery store or Moisson Kamouraska. “When I came here, it was more spaced out. We were able to give. Fortunately, we receive a lot of foodstuffs and nothing is lacking ”, underlines the director.

Scattered refrigerators and full shelves, the body lacks food …. rather the space to have everything in one place. The team was forced to store food in various places in the center where it hosts, as well as in two or three places in the municipality.

“We are lucky when we compare to big centers, like Montreal, which are really short of food. I’m not saying we have a surplus, but we really manage to fill the baskets and fill the requests, ”says the director.

Soupe au Bouton also maintains two community refrigerators, one in Saint-Jean-Port-Joli and one in Tourville. The organization plans to install one in Sainte-Perpétue and another in Saint-Pamphile once the opportunity arises. Called coomuno-frigos, they offer many foods, including vegetables, fruits, bread, etc. Citizens can do their part by bringing food on their own to supply refrigerators. 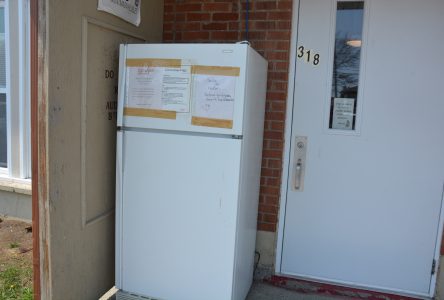 By the end of the fiscal year in March, 22,000 books had gone to refrigerators outside, not counting the food that citizens brought. Fill them up as much as possible.

The button soup implies that any citizen in need of food assistance can contact the organization, regardless of their place of residence in the territory.