ARTIFICIAL INTELLIGENCE FILE – Ang Get started specialized in artificial intelligence (AI) is raining in Quebec. Here’s a small sample to watch, because tomorrow, they could be Quebec’s shining companies in the AI ​​sector on a global scale. 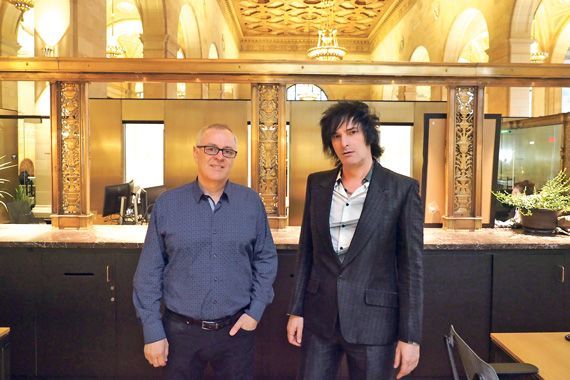 “If I were to ask you to sort a million photos and find the best on the lot, you’d tell me the task was impossible,” said Thomas Jelonek, CEO and founder of Envision.AI. In addition, the meaning of “best images” is very subjective. However, that’s exactly what the company is trying to find using sophisticated algorithms: the best images or snippets for all types of use. For example, a TV producer may wish to appeal to the largest number of viewers by analyzing their behavior, comments and reactions on social networks, integrating them into start-up algorithms and broadcasting. excerpts that are more appealing to viewers. listening. The company has already done this for the Orphan Black series, but the use is more than just TV content. So, a business may want to find the photos people like best to display on social media or increase their number of followers and positive comments on Instagram or Facebook. The six -employee startup, founded in 2016, received more than $ 1 million from the Canada Media Fund.

Founded in 2016, Automat, supported by its 16 employees, wants to reinvent marketing, no less. “Through robots, we want to allow brands to communicate directly with their customers to offer them new products and services in particular,” said Erdem Ozcan, co-founder and research manager. For example, for Mother’s Day, the start-up created a virtual assistant for L’Oréal to help find the perfect gift for mom. First, the robot asks you, about your budget for example, then asks you to draw a profile of the person the gift targeted, says your mother Patricia. He then turns to the person you want to indulge in, Patricia, asks him and completes his profile. She comes back to you and offers you the most suitable gifts for your mother according to her wishes. One way to optimize online purchases and accumulate valuable information about your customers. Depending on the users, the company uses artificial intelligence to understand their intentions, their needs, and find the best possible scenario to establish a conversation. The startup raised US $ 2.6m in its first round of funding and US $ 8.3m in the second. When Iranian Amir Morajev started designing Botler AI in 2015, it was for himself, to help navigate the Canadian immigration system. Now a permanent resident, she realizes that, because the process is complicated, many new Canadians in the future will need help to fulfill their dream. Initially, he created a robot that tries, through artificial intelligence, to find the most relevant answers to immigrants ’questions. Then, little by little, “the robot evolved,” Mr. Morajev said. Now we can tell applicants if they are eligible and, if they are, which program or visa is best for them, what documents must be completed and what steps must be followed. Currently in the trial phase, the start-up hopes to offer its services to immigration lawyers and consultants this fall. This is far from being dystopia: the future belongs to the people who will be served by robots, believes Paul Kruszewski, founder and CEO of wrnch. In fact, his team of 12 employees teach human body language to computers, to robots, so that the more these creatures can read us, the more we can understand. Using in-depth analysis and artificial intelligence, the start-up teaches its system to identify 23 points on the human body (eyes, hands, etc.). The computer then learns on its own to recognize human reactions or intentions. Using this technology, called Body Slam, the company has developed a product, CPVR, that allows actors in the entertainment industry to understand body language. So, “when you play a video game while wearing a virtual reality headset, you see your opponent, a game partner, just like in reality, explains Mr. Kruszewski. Or, when you visit an amusement park, a system can analyze you and include you in a video with the characters, as if you were there. “We are a pure AI product,” said Mehdi Merai, co-founder and CEO of Dataperformers, which was founded in 2013. The team of eight people is working to find new applications in artificial intelligence and then looking for new ones. problem solved. . The start-up has dramatically designed a tool, Specter, that makes it possible to track an element within a video. “This is particularly interesting for e-commerce. Think about it: if you like the sweater you see in a video, you can click on the item and buy it directly online,” Mr. Merai. The start-up has not yet received funding, but it is powered by a contract it has secured with a financial institution (which it prefers not to name). She sold him a tool, Deep Stellar, that optimizes business analysis to find relationships between customers and products to sell to them. You may be familiar with Alexa, created by Amazon, or Siri, designed by Apple. These “personal assistants” can be found on your phones, on certain connected objects, to execute orders. They translate your voice requests into text, such as “play music” or “tell me what time it is,” and act accordingly. Fluent.ai has designed complementary technology. Thus, the machine does not translate the sound into writing, but directly incorporates it to respond to the command. “With in-depth analysis, our system learns very quickly what people want,” said Christian Siregar, director of sales and marketing. It requires very little RAM and the object does not need to be connected to the Internet. This machine will have no problem learning multiple languages ​​or understanding different accents. The 12-employee start-up targets call centers and connected objects in particular. The company has raised $ 1.8M and is preparing to launch a second round of funding in 2018.

CLICK HERE TO CONSULT THE ARTIFICIAL INTELLIGENCE FILE:
HOW QUEBEC WAS INVOLVED IN THE REVOLUTION