For several years now, Amazon Web Services (AWS), the cloud subsidiary of the e-commerce giant, has generated more than half of the group’s revenues. However, its activity remains a nebula, Amazon refusing to detail the margins it generated on each activity. CNBC news media tried to see more clearly about this juicy business that would generate a total gross margin of more than 60%. While Amazon is reluctant to comment on the estimates we’ll cite in this article, most analysts are converging in the same direction: Amazon Web Services is a revenue monster and a massive lucrative activity for the more prominent group in general. public for its online sales website.

With revenue expected to reach $ 54 billion this year, Amazon Web Services, Amazon’s subsidiary that provides on-demand cloud computing services is by far and away the most profitable offer. of the group.

Arizona residents can put their IDs in the Apple Wallet

Created approximately 15 years ago to first meet Amazon’s internal needs, AWS has grown to an extent that every year since 2014, more than half of Amazon’s operating revenue comes from the cloud division of online retailer. In other words, of the $ 21 billion revenue Amazon recorded in 2020, $ 13 billion came from its cloud division, or 61% of total operating revenue. It should continue this year because in the second quarter, AWS already recorded an operating profit of $ 4.16 billion, up approximately 25% compared to last year. ” In just 15 years, AWS has grown into a $ 54 billion annual revenue company that rivals the world’s largest technology company and is growing at an accelerated rate, growing 32% annually. said its founder and former CEO Jeff Bezos when announcing the group’s first quarter results.

AWS is also the largest cloud provider in the world with 31%market share, followed by Microsoft Azure (22%) and Google Cloud (8%), along with other market share crumbs. Not surprisingly, then, Jeff Bezos chose Andy Jassy, ​​the head of AWS for 15 years, as his successor when he left office earlier this year. But the group’s profitable subsidiary however remains its share of mysteries as the company does not provide any information on the source of AWS’s revenues, or on the division’s most profitable services … 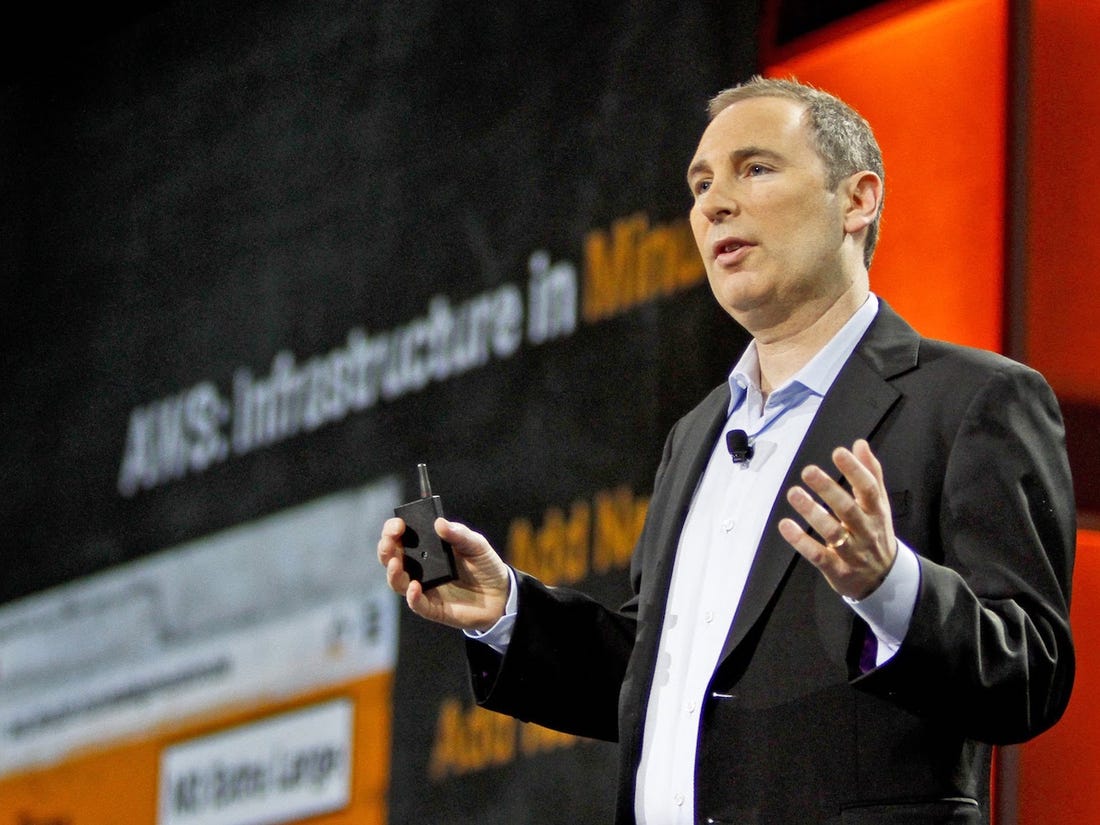 EC2 is the first service launched by Amazon and stands out as a major driver of the subsidiary’s gross margin and operating profit. This service typically allows customers to rent cloud servers where they can run their own web applications. The advantage of such a service is that companies do not have to invest in hardware and can manage the use of computing power according to their needs.

According to some analysts, including Bahvan Suri at William Blair or Corey Quinn at Duckbill Group, approximately 50% of AWS’s revenue comes from the EC2 IT department. The revenue of this segment is so huge that AWS, which relies on AMD, Intel and Nvidia chips to run its servers, has also designed its own low-power ARM chips to reduce its costs and increase its margin. . But the group offers many other activities that are as lucrative.

Another of AWS’s earliest services was the Simple Storage Service, or S3, which debuted in 2006. Customers use it to store photos, videos, or other types of files so that the service has reached enormous proportions with its 100 trillion stored objects. Still according to Bahvan Suri, its gross margin is around 50% and could even reach 70% according to some estimates. And Amazon took great care to lock up its golden goose. While data transfer on Amazon S3 is free, transferring data out of S3 can cost up to three times the monthly amount of storage of this data in S3. These charges can make AWS charges unpredictable, creating a strong incentive to stay with AWS rather than transfer data to a competitor.

Many AWS customers also rely on Elastic Block Store, a storage service attached to the EC2 instance that also has a 60-70% margin. Combining storage services with computing power and data transfer fees, Amazon generates more than 70% of its revenue from these activities alone.

At 30% of turnover, other services are not outstanding

Beyond storage and server rental, AWS currently includes more than a hundred services, and continues to grow. We can mention databases, tools for developers, artificial intelligence, application services, management tools and the list goes on and on. So, although these other great services only represent 30% of the division’s activity, they also allow the company to generate very high margins.

Take, for example, the case of data transfer to servers other than Amazon, which constitutes a major source of unpredictability for companies that do not consider the cost of emissions when choosing Amazon as a partner. Bandwidth costs are ridiculous for Amazon, which offers itself a commission of over 80% on this service alone and can generate several million dollars to a company. In 2019, Matthew Prince, CEO of Cloudflare, told the Wall Street Journal Tech Live global technology conference in California “ Bandwidth markup on AWS is unlike anything else on Amazon “, Which estimates that the total service margin is at least 99%.

AWS also offers an application marketplace based on its services. Like an App Store, it requires a commission on the sale of applications. UBS analysts estimate that the AWS Marketplace will earn between $ 1 billion and $ 2 billion in revenue (3% of AWS’s total revenue for 2020) for a margin of more than 30%. A figure that is certainly anecdotal but demonstrates Amazon’s ability to “lock” its customers into its universe by making them overly dependent on its services.

These days, however, Amazon is increasingly emphasizing more complexity, higher levels of capabilities, which offer higher margins and can be more difficult for customers to switch to other vendors. Analysts at research firm Bernstein estimated in June that in 2015, 14% of AWS’s revenue came from the products of these higher -margin products, such as its relational database software, for example, which generates between 60% and 70% margin. In the first half of 2020, analysts estimate that the percentage for this type of product will rise to 18%.

Amazon Web Services is a great tool that is highly appreciated by large groups. However, its services are made in a way that companies rely more on its universe. Moving its data to its servers is therefore not a small task, but Amazon’s ability to innovate every year and its huge lead over its competitors makes the subsidiary a major player that will be very difficult to remove from the throne next. that few years.